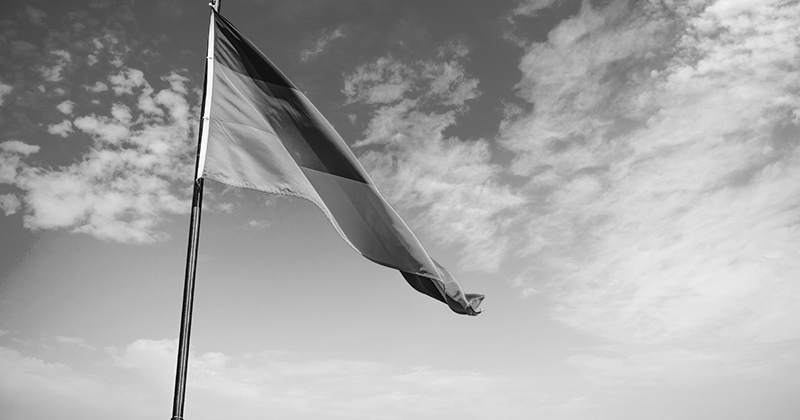 Germany is so much more than just Bundesliga and cars. With vibrant cities like Munich and Berlin, as well as beautiful landscapes along the alpine and black forest region, the country offers a wide range of opportunities to jump on for your Digital PR campaigns.

Similar to most European countries, awareness days as we know them in the UK and US are rarely heard of. There are however a few important ones for your diaries which we’ve highlighted below. Religious celebrations play a much bigger role, although people leaving the church community was at a record high1 in 2021.

During all bank holidays and Sundays, it’s important to note that in Germany, people aren’t allowed to mow their lawn or have loud renovation work done and most shops will be closed, apart from a small number of supermarkets with reduced opening hours.

The main days to keep in mind for your Digital PR campaigns are:

One of the most popular bank holidays to celebrate the end of fast, with people focusing on getting together with their family, having a typical Easter brunch and don’t forget the Easter egg hunt! The preparation leading up to Easter is often based around family activities such as Easter egg painting or planning a trip away for the long weekend.

The Easter period is great for any campaigns around family and food. If the weather forecast is looking good, then this is a good time to start outreaching outdoorsy campaigns, such as Ikea’s Seedballs campaign. You can make use of people’s time off work during this period to motivate them to spend time improving their garden or maybe simply having a picnic at a nearby park!

Alongside many northern European countries, Christmas is celebrated on the 24th of December, not the 25th. Presents are typically opened in the evening of the 24th, with most families having a simple meal, such as sausages and potato salad, traditionally to remember the sparse meal Mary and Joseph would have had. The two days after most families will then have a beautiful traditional roast. Offices are usually closed between Christmas and the new year.

The lead up to Christmas is used for all types of campaigns and the period after Christmas is often disregarded with the thought that people have simply consumed too much over the past few weeks, however, this does not have to be true! With a lot of people spending large amounts of money during the Christmas period, the time before and after Christmas can be ideal to run campaigns on finance and money-saving tips as well as tips on how to track spending can work a treat.

This is one of the few awareness days widely celebrated all over Germany and in Berlin this is even an official bank holiday. Gender inequality is a huge topic in Germany with people all over the country using this day to raise awareness, which can be used to get people to talk about your brand. One brilliant campaign that looked at gender stereotypes was “Wir haben nie gesagt, dass es einfach ist” (English: We never said it was easy) by Hornbach, a German home improvement store.

The summer holidays differentiate between the 16 federal states to ensure not everyone is off school at the same time, but all Bundesländer will have around six weeks off school. Often families will plan a longer holiday, teens may go on so-called “Zeltlager” trips, where a large group goes camping, usually accompanied by younger adults who will plan their activities and tasks.

This is the perfect time to run campaigns on outdoor-related topics, kids’ activities, and travel. Deutsche Bahn ran a campaign (“Spar dir den Flug”) comparing different famous landmarks from all over the world with similar-looking spots in Germany, comparing the train fares to the cost of flying abroad.

Last but not least, Oktoberfest! Although primarily celebrated in Bavaria, most other parts of Germany have taken on the tradition and even in smaller towns, you’ll find Oktoberfest celebrations. But don’t be fooled, even though the name indicates it may be in October, it’s actually celebrated in September.

Oktoberfest can be used for different types of campaigns – anything garden or party related and even travel. You could for example share tips on how to prepare your own Oktoberfest at home for friends and family.

Now that you know which days you want to use for your upcoming PR activities, it’s time to look at how best to reach out to German press. Getting in contact with people in Germany is much more formal compared to the UK, especially if you haven’t been in contact with the person before. Don’t ask how someone is doing or how their day has been, it’s often seen as too invasive and therefore rude.

Most people still prefer being approached as Mr or Mrs and it’s important to think about what type of topic you’re looking to cover – if it’s a serious one you should consider using a more formal way to approach someone. In-person or even in an email, you may ask a person if they’re happy for you to use their first name instead of last, but don’t be discouraged if they say no – it’s simply a formality.

When you’re contacting someone ensure to mention why you’re contacting them and often it’s best to explain in what way they can help, rather than simply sending over a press release or comment. The more clarity the better. Also, don’t hesitate to contact outlets and ask for the best person to get in touch with, most journalists will be happy to redirect you.

For more digital PR tips head over to our blog and you can find out about connective3’s international growth here.