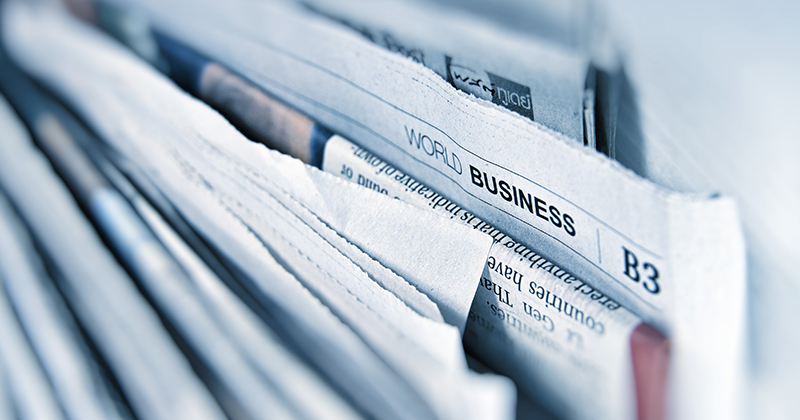 One of the most common pieces of advice given on how to generate top tier media coverage links is often ‘you need to create something newsworthy’ and I myself am probably guilty of saying this to people too. But this begs the question; what makes something newsworthy? Without knowing that, how do you know how to create a newsworthy campaign or story?

First, we can look at the Merriam-Webster dictionary definition for newsworthy:

: interesting enough to the general public to warrant reporting

Which sort of makes sense, however, doesn’t give us that much to go on in terms of planning our PR strategies around. In this post I’m going to attempt to breakdown the elements that, in my experience, seem to make something newsworthy.

This should be obvious considering it’s in the name however making sure the story is actually new is one of the most important factors.

Journalists so often complain about PRs pitching them stories that are too similar to something they’ve already covered within the last few weeks or months.

Make sure you do your research as to whether your campaign or story has been done before and, if it has, that something about yours is new and adds value.

This is a big one; with journalists being bombarded with hundreds of emails every day, you have to give them a reason to pay attention to yours right now.

This can be a tough ask but there’s a number of ways to do this:

It’s important to also consider the risks around timings though. The way the news agenda works is if a bigger story comes along it may eclipse yours, and if you only have a narrow date to tap into this, it can derail your campaign. For example, I certainly wouldn’t be planning to launch any campaigns around Halloween this year due to the Brexit deadline as that’s guaranteed to take over the news agenda as it has with all previous developments.

We have an internal calendar that we plot all events on and check regularly both for opportunities and potential risks.

For each campaign try to plan any future potential newsjacking opportunities should your first attempt at launch fall short due to factors outside of your control.

The proximity that the audience has to the story is another big factor. For example, if your story is about the UK you may get away with pitching it to Irish press as well but try French press and you’d be hard pushed to get a decent response as it has less relevance to their audience.

The same applies to local and regional press; pitching Manchester Evening News a story about something based in Newcastle is unlikely to get coverage.

A couple of ways to make this work are:

This proximity factor doesn’t always just have to be based on geography though, this can be proximity in terms of people as well. For example, for a b2b brand we broke down our stories by job roles and industries as people feel an affinity to their own industry or job role as well.

Your story generally must be shocking or surprising in some way to make it interesting enough to cover.

If you’re going to be creating a quiz or survey, the best way to ensure your stats will be surprising is to test it with people first. This helps to see:

There is an exception that we’ve found here, and this tends to be if your story isn’t necessarily shocking but reinforces a view or invokes another emotion strongly. For example, we ran a campaign looking at the most-loved dance films and Dirty Dancing came out top – not shocking right? However, that invoked a lot of nostalgia for people so still ended up hitting most of the nationals for coverage anyway.

Although your story may be about data or a company or a product, it always needs to be brought back to the people it affects.

You’re probably familiar with the saying within the media ‘if it bleeds, it leads’ this is why lead stories on news programmes or front pages will always focus on the horrific stories such as those involving war or suffering. The reason for this is, as humans, we connect with that more than anything else and it makes us *feel* something.

We need to bring this human element out in all of our campaigns and stories too – not necessarily in the pain and suffering way of the ‘if it bleeds, it leads’ saying, but by putting faces to our stories.

The easiest way to do this is through the use of case studies, which journalists are always crying out for. If I had to guess the most common requests on #journorequest or through ResponseSource I’d say it was probably for case studies of some form or another. So, by planning ahead and having these ready as part of our pitch we’re already helping the journalists out. The main tools we use to source these are ResponseSource or Casestudy Link.