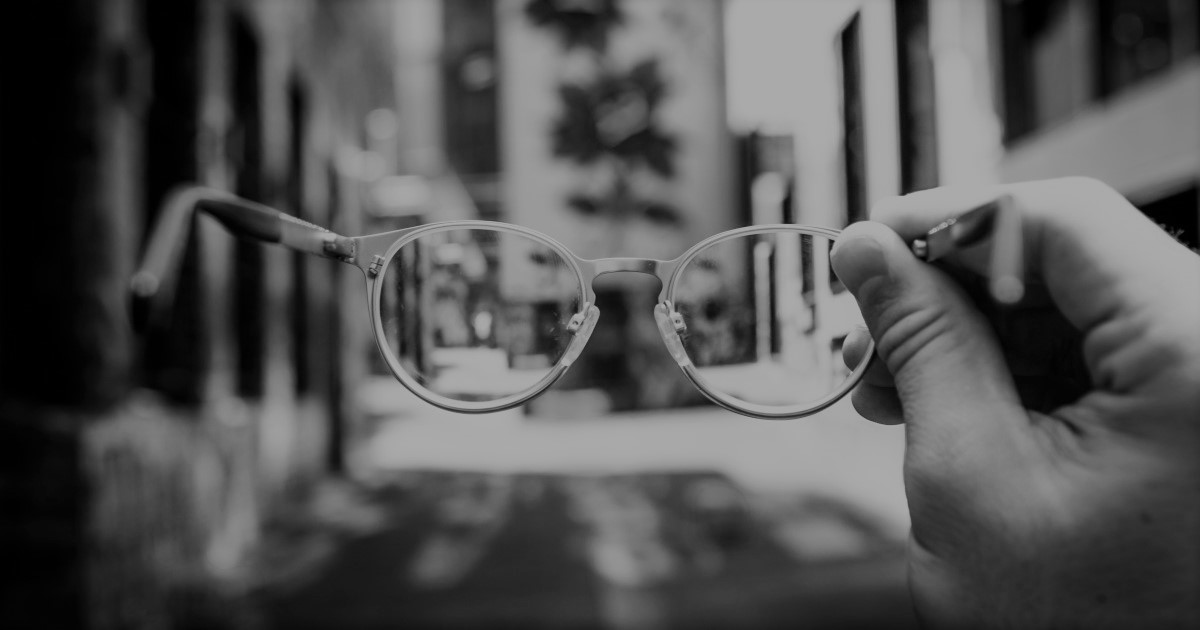 How Dominic Cummings helped Specsavers, but Specsavers really helped themselves

On Sunday the 24th of May, Dominic Cummings held a press conference to address the public outrage of his alleged breaking of the COVID-19 government lockdown rules. 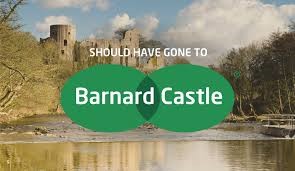 #specsavers was trending on twitter, and searches for the original phrase went through the roof. The company itself did nothing to drive this reaction, but indirectly received a lot of free brand exposure from Cummings. 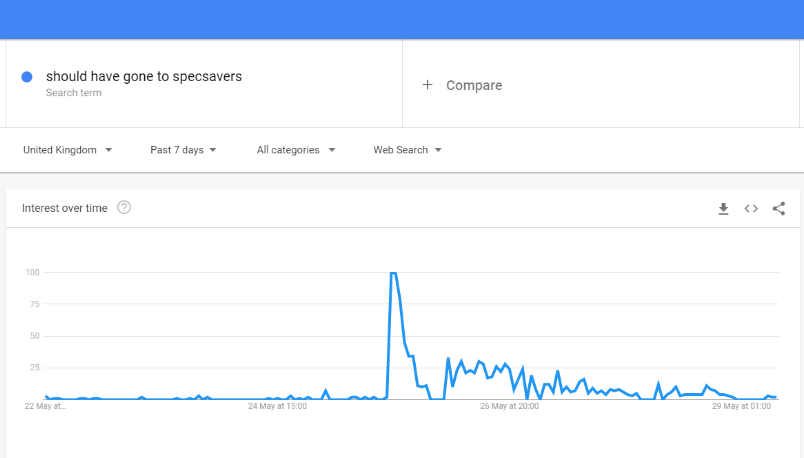 It could be argued that the brand was just lucky that Cummings said what he did, and the public picked up on it in line with the Specsavers tagline, giving them a large amount of brand exposure. Admittedly no one could have predicted that he’d talk about his eyesight. However, the tagline on the tip of the UK’s tongue was carefully planted well before Sunday, and the genius of the timeless campaign which made it famous cannot be discredited in the brand boost.

“Should have gone to Specsavers”

This is now more than just a marketing tagline; it is integrated into the British lexicon. Everyone knows the phrase and understands the joke, and as a result, everyone knows and respects the brand. The simple line is as relevant today as it was in the early 2000’s. This ingraining of the brand into our culture was no accident, to understand their success, we need to go back to the beginning.

Where did Specsavers come from?

The company was launched by Mary and Doug Perkins in 1984 In Guernsey – they started the business in their spare bedroom, on a table tennis table. They bought their first Specsavers in Guernsey and Bristol and the company grew rapidly, across the UK in the 80’s and internationally in the late 90’s. They wanted the brand to feel like a trustworthy local independent, but they also wanted to take it worldwide. And they did, with Dame Mary Perkins opening the 1000th store in Holland in Jan 2008, before opening a further 153 stores across Australia by the end of the year. In 2018/19, the company turned over £2.78 billion.

There are lot of factors involved in how Specsavers became a household name, but without a doubt one of the main reasons is their TV advertising campaign. The company went heavy with TV advertising in the mid 2000’s, coming 46th in the UK for TV advertising spend in 2006, with £27 million. The famous “should’ve gone to Specsavers” line was written by Creative Director Graham Daldry in 2002, but it didn’t properly come into it’s own until the infamous sheep dog advert in 2008. Depicting a shepherd on a hillside sheering sheep, he accidentally sheers his sheepdog in the process, hilariously followed by the tag line, “should have gone to Specsavers”.

This advert, a huge success, paved the way for a series of creative adverts from the company over the years, solidifying the brand as a household name across the UK and beyond. Creative Director Daldry discusses how the previous tagline for Specsavers was “need glasses?”- although this basically meant the same thing, it could have been used by any opticians. The addition of “Specsavers” into the tagline was integral to the company’s subsequent success; when people mention it as a joke they literally say the brand name, repeatedly solidifying its number one spot in the optician market place worldwide.

When Dominic Cummings amusingly mentioned driving to a Durham town to “check his eyesight”, the Specsavers joke, devised and pushed out to the public nearly 20 years before, was ready in people’s minds. Cummings helped Specsavers, but really the company is just reaping the reward of 20 years of brilliant marketing. What this instance shows is that a creative idea does not have to be a short term marketing ploy.  If your idea is good enough and resonates with your brand fully, then the rewards will keep on coming, and occasionally, like in this instance, you won’t have to do anything at all, just sit back and watch the results fly in.