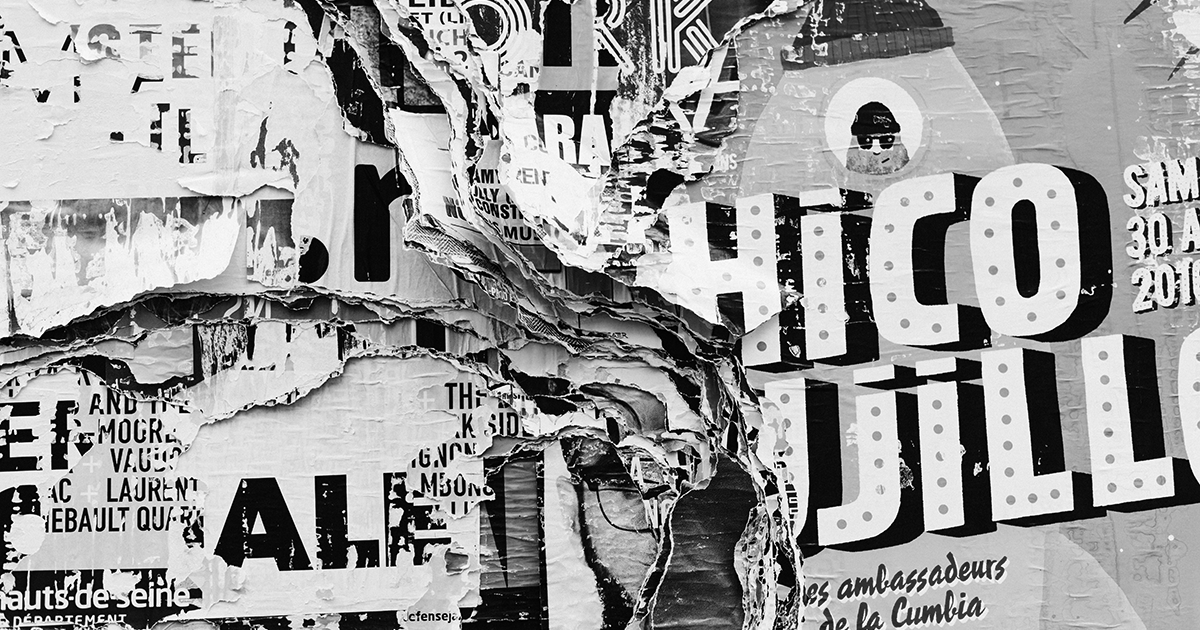 By Jane Seymour30 November 2021No Comments

This week the c3 design team looked at typography styles that inspired us the most. The use of typography has to be considered in everything they do because it’s such an integral part of graphic design. Here are their favourite and most fascinating typography styles and examples… 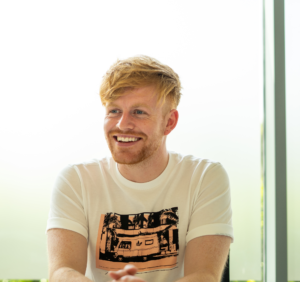 Lemkus’ site uses a super simple design with minimal colour, which allows the font to really stand out.

It’s actually a South African online sneaker store, and the site uses a super simple design with minimal colour which allows the font to truly stand out.

The brand uses Dharma Gothic as their title and header font, which has bold and hard lines throughout. This is done to create the feel of big headlines you’d see as you scroll through a magazine, and it breaks up the sections of the website really well.

Whereas the font used for the pricing and body text is called Recoleta, which has a 1970’s vibe that features softer curves and lines. And this complements the harsh tones of the title font perfectly. Overall, visiting this site feels like you’re looking at the front cover of a magazine, with the bold fonts really making a statement. 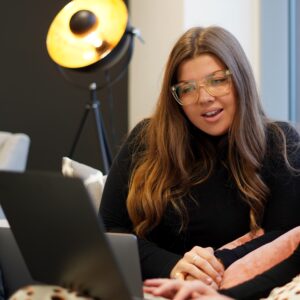 Pushing this lettering into a third dimension, this bright use of shadowing adds a positive edge to the letterforms. 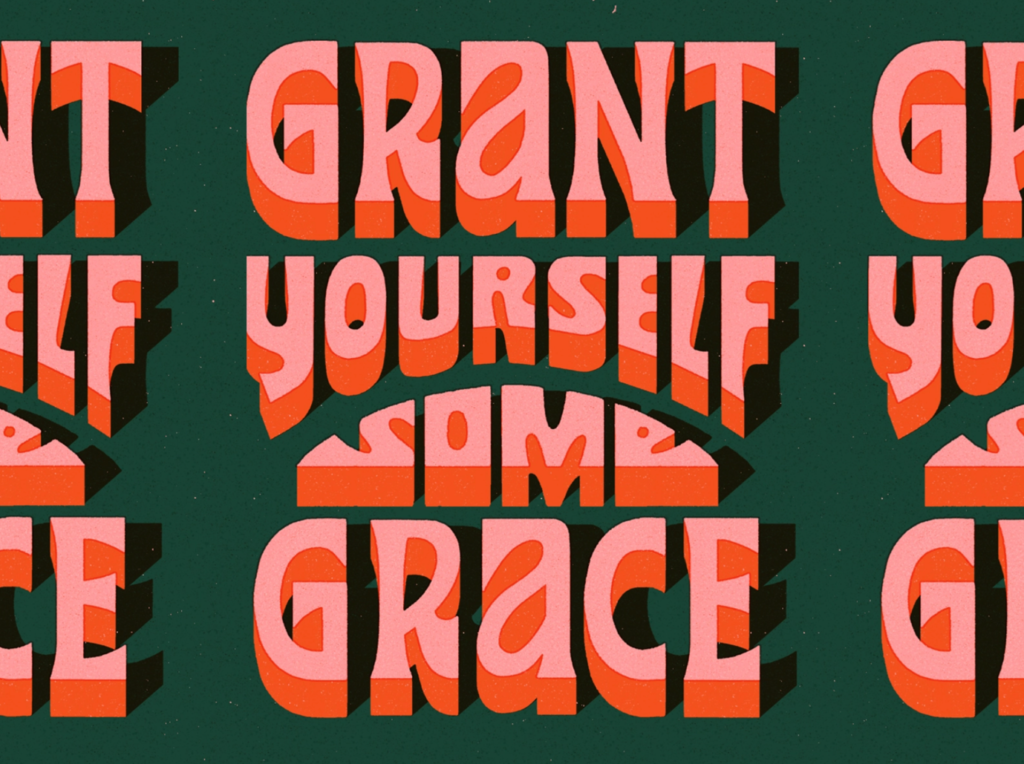 Pushing this lettering into a third dimension, this bright use of shadowing adds a positive edge to the lettering. This popular typography style has gone further than the regular use of the realistic, dark shadowing. Because it now encompasses bright hues and mixes fun fonts with thick, bold blocks of colour. It elevates any letterform and is often used to exaggerate logo design. Although now its use is continuing to grow and compliment typography design throughout. 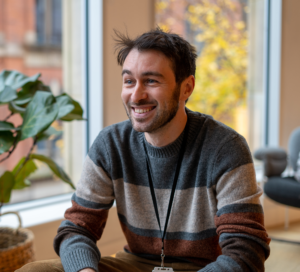 By revolving each letter in 3D, the simple type becomes an object that invites curiosity and play. 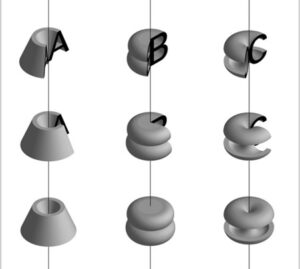 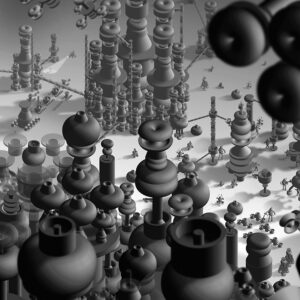 This is the work that introduced me to Ji Lee, my favourite communication designer. He is a master of simple ideas turning the mundane more interesting. In ‘Universe Revolved’, he takes standard letters and makes them spin on themselves, to give them a third dimension. They then start to look like playful pieces of a puzzle with still a hint of their former life. And when put together to form words, they become intriguing objects and landscapes. 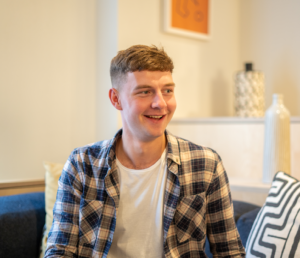 Duncan Sham – Life is a journey

A fantastic 3D piece of typography showing some of the different stages encountered in the journey of life. 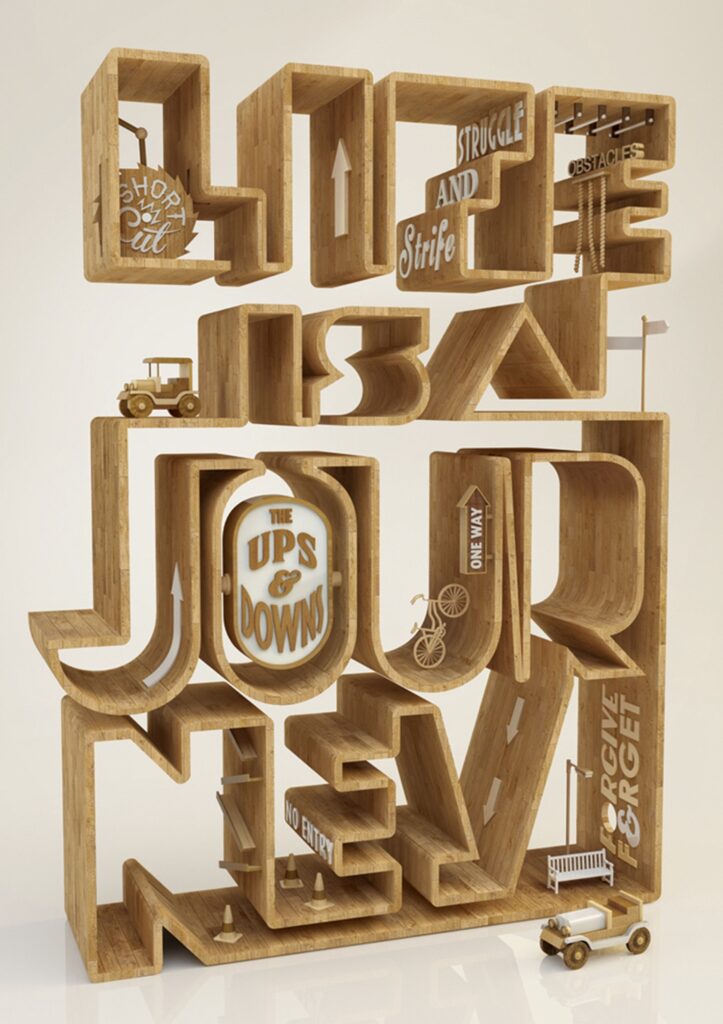 This is a fantastic 3D piece of typography showing some of the different stages encountered in the journey of someone’s life. The design is somewhat inspirational using the words to represent a path, visualising the ups and downs and attaching some obstacles to portray this. The 3D modelling is slick and clean, featuring a clear-cut plan with all the intricate details, which really help deliver the key message.

To see more of our design inspiration head to our blog.